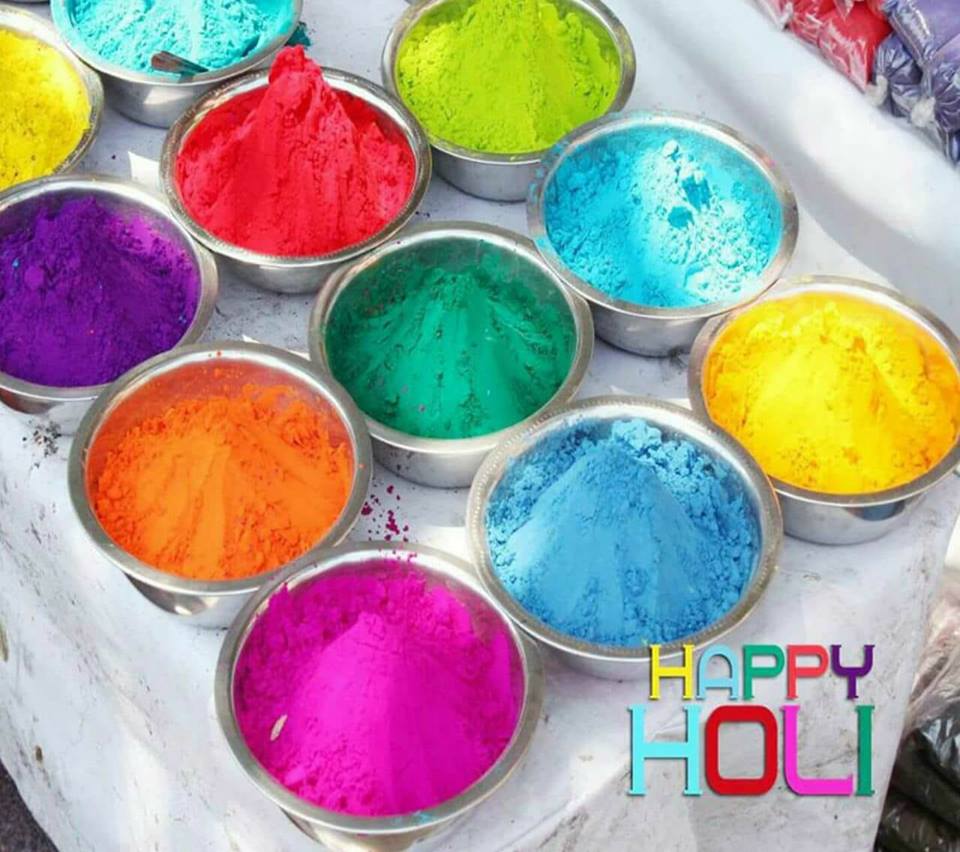 Holi is a Hindu festival celebrated in India, also known as the “festival of colours”. It signifies the victory of good over evil, the arrival of spring, end of winter, and for many a festive day to meet others, play and laugh, forget and forgive, and repair broken relationships. It is also celebrated as a thanksgiving for a good harvest.It lasts for a night and a day, starting on the evening of the Full Moon day either at the end of February or in the first week of March. The first evening is known as Holika Dahan or Chhoti Holi and the following day as Holi,

Holi has become popular with non-Hindus in many parts of South Asia, as well as people of other communities outside Asia. In recent years the festival has spread to parts of Europe and North America as a spring celebration of love, frolic, and colours.

Holi celebrations start on the night before Holi where people gather, perform religious rituals in front of the bonfire, and pray that their internal evil is destroyed the way Holika the sister of the demon king Hiranyakashipu was killed in the fire. The next morning is celebrated as Rangwali Holi – a free-for-all festival of colours, where people smear each other with colours and drench each other. Water guns and water-filled balloons are also used to play and colour each other. Anyone and everyone is fair game, friend or stranger, rich or poor, man or woman, children and elders. The frolic and fight with colours occur in the open streets, open parks, outside temples and buildings. Groups carry drums and other musical instruments, go from place to place, sing and dance. People visit family, friends and foes to throw coloured powders on each other, laugh and gossip, then share Holi delicacies, food and drinks.

I resumed my blog post after a long gap as the work schedule keeps me occupied. The pressure of the workplace is also making the life’s joys dimmer. A much needed holiday came with the spring festival of Holi. But did we felt the spring this time? Maybe no. It is a straight jump from winter to summer. The heat of the scorching sun is making us stay inside. I prepared some dishes which are drool-worthy indeed!!

All good food to uplift our dimmed mood. The colours, friends, fun and frolic, resumption of new friendships symbolize Holi.

Wish all my Readers a happy Holi.